I love to play money games as a kid.    Back in the day, we don’t have internet, computers, and 200+ malls in the city to entertain you.  All we have is our toys or anything in the house or outside to play with our playmates and neighbors.  Yes, we used to play outside with the neighbors especially when there is a power outage.  Kids and adults are outside socializing, playing hide and seek, having a chat or a drink with the neighbor and just being neighborly.  Those were the days!

Back in the day, we play a lot of board games, and Monopoly and Millionaires Game were my two favorites.  I love it because I love counting money, even when it’s fake.  I love buying properties, houses, and hotels and shopping even if it’s just my token standing in a box in a board game saying I own that.  It was all fun and games but it’s where imagination goes wild.

Those money games I used to play back then have influenced me a bit to be money-smart and money hungry as an adult.  I don’t want to be poor or at least I will do my darn best to earn a decent living.

I don’t know what kids play today to learn about money.  I don’t know if kids play online games now to be financially literate.  I don’t know if their schools now teach them the value of money and hard work.   I feel bad for parents or soon-to-be-parents now because it is hard to raise a child and it’s more difficult now because of all the expenses and the inflation. It is insane.  I appreciate the things my parents did for me back then.  Oh boy! They’re superheroes with magic powers, money magic powers .

If you want a financially literate child and a  money-smart one,  you’ve got to start them young.  You can have them try these Free Online Entrepreneur, Business, & Money Management Video Games that they can use as practice for the real deal.

Stocks is my favorite as it let’s me get the hang of watching how the market goes up and down really fast .  It is a great practice to keep me alert to buy when the market goes down and quick to sell when it goes up because it all happens in a millisecond.  You can lose or gain a lot of money and it all is just about learning about the timing and really watching the market move !

Here is a screencap of my three first 3 times to play the Stocks .  See how I got my money double at the third try!  If only this was real life .  But it is a good practice money game for investing in the stock market and become a trader yourself.

Bitcoin Tap Tap Mine is a little similar to the real deal as well.  While I think it is kind of late to start in the game because the value of the cryptocurrency has nose-dived since its glory days in 2008, there are new players that might be better now.  What I like about this game is that it lets you learn about buying software for faster mining.

The Lit Ape NFT Generator is a click or tapping game where you can earn more money by tapping ap on the static NFT pictures to mint NFTs.  Honestly, I still don’t know how NFTs work and how they can increase in value.  NFT by the way stands for Non-Fungible Token.   An NFT is created, or “minted” from digital objects that represent both tangible and intangible items, including Graphic art , GIFs Videos and sports highlights , Collectibles Virtual avatars and video game skins, Designer sneakers and Music.

“Even tweets count. Twitter co-founder Jack Dorsey sold his first ever tweet as an NFT for more than $2.9 million.

Essentially, NFTs are like physical collector’s items, only digital. So instead of getting an actual oil painting to hang on the wall, the buyer gets a digital file instead.”

I still don’t understand NFT and I don’t understand the game I tried how I get all those money and why.  If all servers crash and no internet and electricity what happens to your NFTs and the money you’ve invested? 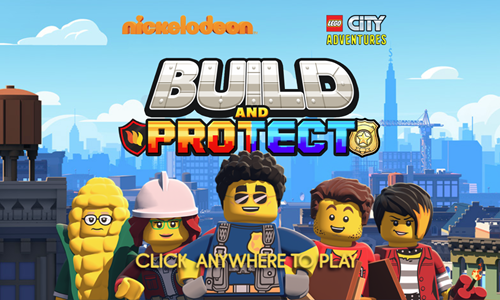 The goal of the game is to build a LEGO city using various buildings which earn tax revenues that can be spent to help build out the rest of your city.

The goal of the game is to profit from buying properties. This game does not have all the gritty details of the real estate market like borrowing money at interest, property cap rates, broader economic cycles and shifts in credit conditions, supply and demand across sectors, and so on. Instead, it is an oversimplified game for kids but helps children manage their attention and track trends. This game has 3 modes: Career Mode, Time Trial Mode, and Endless Mode.

Playing online games can be a time sucker but it can also be relaxing when stressed so give your kids and yourself time to play some online games just to clear your head.   Some games make you dumb and others make you smart.  I think money games make you money hungry in a good way.

GCash Futurecast 2021: Shares a Peek Into its excitingly new Innovations for the Year