I was never afraid of heights, ever — but  this happened!

We were at the Sky Ranch Amusement Park in Tagaytay last Friday for Kenny Rogers Roaster . It was actually my first time to explore the place as although I’ve been in the area a lot of times, there was no opportunity to do so until today.    You can say that the place was a no biggie as it is just another amusement park, what make this place extra special was that it was at the side of the Taal lake with an amazing view of Taal Volcano.The rides were not that biggie for me (so I thought) . I mean I’ve rode the scariest rides here in the Philippines and even abroad and it didn’t stop me from doing it again, until this one OMG! This just made me say never again!That my friends is the Super VikingsIt looks simple and safe but yeah, truth be told, looks can be deceiving!

Here’s our game plan: Carousel, The Eye and then The Viking. Very simple, 3 rides, easy peasy!

The carousel ride was fun, kids ride, we even hopped horses and goof around taking photos while it was going around.Then to The Eye. Super high. Super cold inside the whatchamacallit. It has airconditioning inside. And whoa you can see the entirety of Tagaytay City from up there! 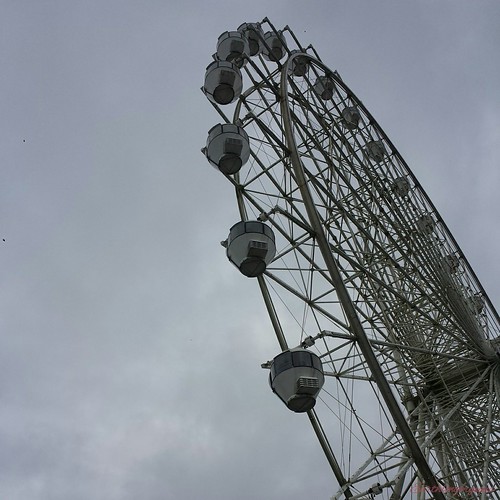 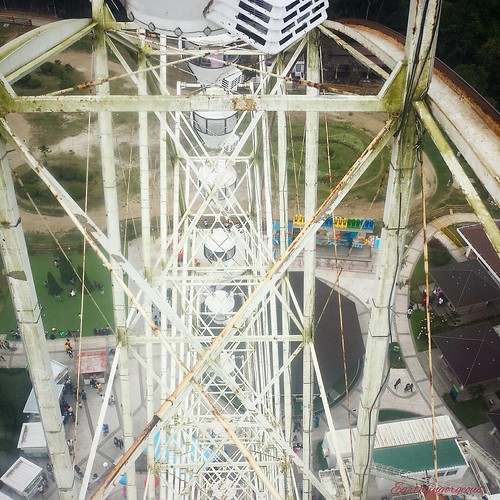 Now for the kill! OMG! The Super Vikings!Here’s the gang before the ride started to swing, we still all look cool! 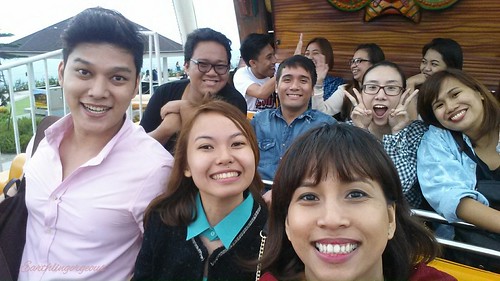 With me were: Seph Cham, Trice Nagusara, Niko Panti, Paul Chuapoco, Ava Teh-Zabat and Ana Gonzalez
During the ride 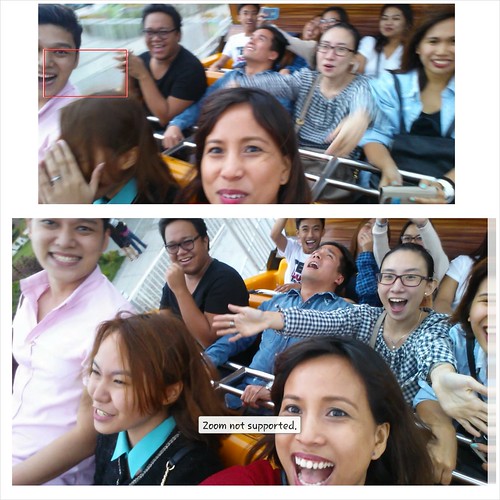 The Super Viking ride was about 3 minutes. The end of this video was not the end of the ride but I was dying for the ride to stop .  I could have endured had it not been that long and scary.  Just when I thought the siren was the end of the ride, I was wrong it was the beginning of the deadliest part of the ride.

If you look at he video you can see how when we are all on a sitting position, the tower just across us is standing straight in a vertical upright position, but a few swings more the tower is laying down on a horizontal position. There’s also this deadly shaking thing happening in there too and I feel like my bag will fall off my lap!

I have sworn after this ride not to ride this again, never. I just can’t.  (None of the bloggers in the video were harmed during the ride or while the video was being shoot!)

We all got off the ride dizzy and still catching our breathe. As soon as we were out of the Sky Ranch Amusement Park we went looking for a place to eat Bulalo to cure our dizziness!

How about you, have you tried The Vikings ride at Sky Ranch Amusement Park in Tagaytay before? How was your experience? Care to share in the comment section below?

8 thoughts on “The Amusement Park Ride I Will Never Try Again — Ever!”

7 Fun Things to do in Entertainment City Manila